Netanyahu’s allegation that the mufti masterminded the Holocaust mark a troubling escalation in the Nazification of the Israeli-Palestinian war of words. 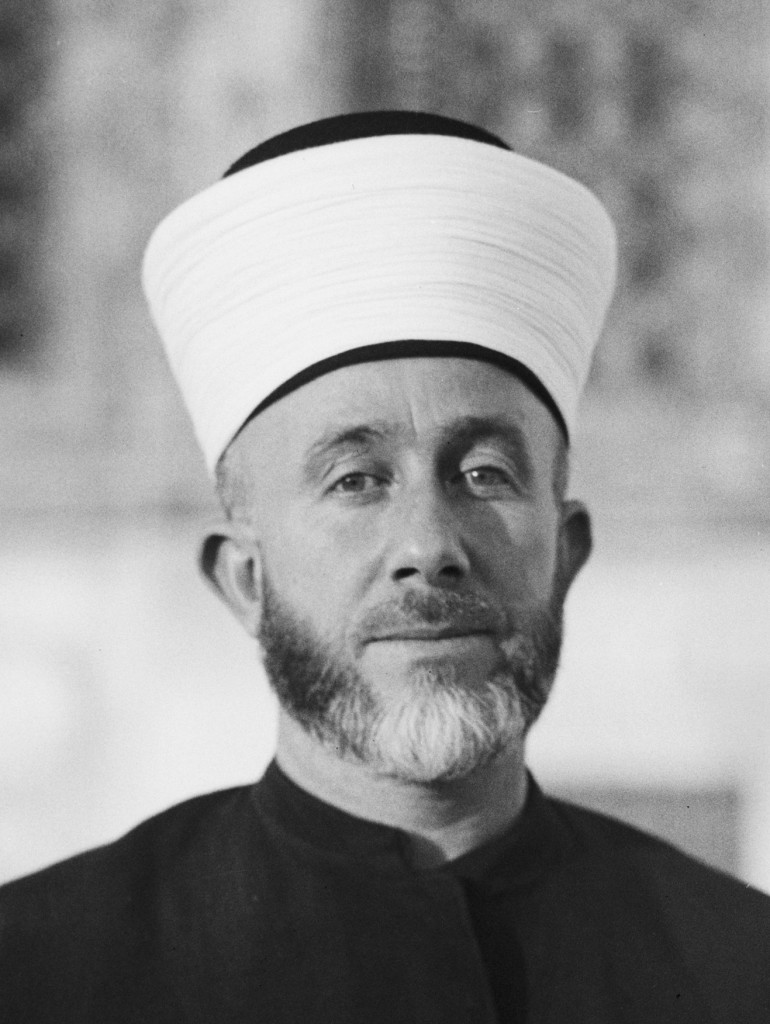 When Binyamin Netanyahu repeated his claim that Haj Amin al-Husseini, the mufti of Jerusalem from 1921 to 1937, was the actual evil mastermind behind the Nazi Holocaust and Adolf Hitler was some clueless anti-Semite who just wanted to “expel the Jews”, I wondered what the Israeli premier’s feverish mind would come up with next.

As the conflict escalates once again, perhaps Netanyahu will mobilise the big rhetorical guns and start arguing that Hitler himself was actually an Arab called Abdul, not Adolf – after all, he was short and dark and sported the kind of moustache popular with a certain type of fez-wearing effendis of the time.

Joking aside, I don’t know whether to laugh or cry at Netanyahu’s remarks. I also don’t know which is the more terrifying prospect: that Netanyahu made the remarks cynically, as a calculated propaganda move against his enemy, or that he actually believed the nonsense he spewed. 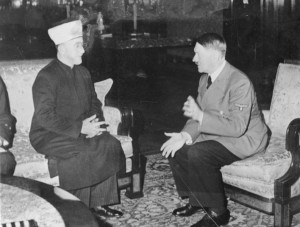 Now, to my mind, there is no doubt that the mufti of Jerusalem was a nasty, power-hungry fellow who was ruthless with his domestic opponents and willing to collaborate with the Nazis in the misguided belief that the Germans would liberate his people, even if it meant putting his hands in those of one of the most murderous regimes in history. But he wasn’t the only ultra-nationalist to do so – surreally, some rightwing Zionists sought Nazi support against the British in Palestine.

Claiming that Haj Amin somehow engineered the Holocaust is, in the words of Israeli historian Tom Segev, a complete “fairy tale”, as the vast majority of historians agree. To make the point absolutely certain, German Chancellor Angel Merkel’s spokesperson went to the extraordinary length of reiterating his country’s culpability.

“All Germans know the history of the murderous race mania of the Nazis that led to the break with civilisation that was the Holocaust,” Steffen Seibert pointed out, reflecting  a historical maturity lacking in Netanyahu’s worldview. “This is taught in German schools for good reason, it must never be forgotten.”

Not only did Netanyahu’s remarks anger Palestinians but they also enraged Israelis and Jews everywhere. “Netanyahu has said something so profoundly toxic he might have brought the whole Jewish world down on his head,” tweeted British novelist and journalist Linda Grant.

So, why did he do it? Was there method to Netanyahu’s madness?

An eternal, diehard optimist might say that, in these troubled, polarised times, Netanyahu was seeking to help Israelis and Palestinians to find common ground by selflessly opening himself up to universal contempt and mockery.

Many commentators view Netanyahu’s remarks as a cynical, calculated attempt to ratchet up anti-Palestinian and anti-Arab sentiment in the West at a time when Israel’s credibility is taking a battering.

Arab- and Muslim-baiting is also a tried-and-tested Netanyahu tactic to contain domestic opposition and browbeat the Jewish diaspora – albeit one which has backfired dramatically in this instance in mainstream society.

However, to the ultranationalist and settler core of his support base, this is likely music to their ears – and a way to rally around their common distrust and hatred of Arabs at a time when those very Arabs are revolting.

Rightwing Israelis have scurried to the embattled prime minister’s defence. One writer claimed that Netanyahu was actually “remembering the Jewish dead who were murdered by Hitler and the Mufti who were co-partners in the Second World War Jewish Holocaust”.

Viewing the Palestinian national movement as just a manifestation of classical anti-Semitism and a natural extension of Nazism, settlers are able to dehumanise and demonise their Palestinian neighbours, whom most insist are not “Palestinians” but generic “Arab” usurpers.

It also enables them to find a moral justification for the suppressive colonial architecture propping up their settler movement by blaming the victims and delegitimising their aspirations and grievances.

Extremist ideological settlers I have met make a big deal of apparent Arab bloodlust and how they would all be exterminated if ever Israel let its guard down. In Hebron, for example, the settlers there, known to be among the most extreme and religious, have a monument to this supposed blood-thirstiness, in the form of a “museum” dedicated to the 1929 Hebron massacre, which totally de-contextualises the events, giving the impression that it was some kind of Palestinian Kristallnacht.

Betraying this deeply ingrained distrust, fear and hate, one of the settlers, originally from America, described, in a form of twisted logic, the growth of the Palestinian town across the hill as “settlement building”. “When I first came here, those hills were bare,” he told me. He also rejected the two-state solution as “an existential threat to the only Jewish state which exists” and granting full citizenship and equality to Palestinians as “creating the tools for your own destruction”.

Being in bed with extremist settlers and ultranationalists for so long has warped Netanyahu’s already distorted worldview, as have the delusions familiar to Arab despots who have been too long in power. This is reflected in the (d)evolution of his mufti myth. “The story of the mufti is also not new to him,” Segev explains. “But the exact dialogue between the mufti and Hitler that Netanyahu presented this week goes far beyond anything even he has claimed before.”

Far more dangerous than Netanyahu’s propaganda is the fact that he and much of his support base is increasingly growing to believe the lie, drawing absolution from its comforting embrace.

Palestinians are not immune to this phenomenon either. Some also depict the Israelis as Nazis out to commit “genocide” against the Palestinians. This too is warping their view of the conflict and their image of Israelis.

To counter this danger, I propose a pre-peace accord, that Israelis and Palestinians will solemnly swear never to liken the other side to Nazis or the Fuhrer. If they ever hope to resolve the conflict and live in peace, they must first understand one another, not as two-dimensional evil villains, but as human beings.

This article first appeared on Al Jazeera on 22 October 2015.