A new Palestinian film fictionalises the plight of female Palestinian prisoners of conscience: from hunger-striking to child birth. 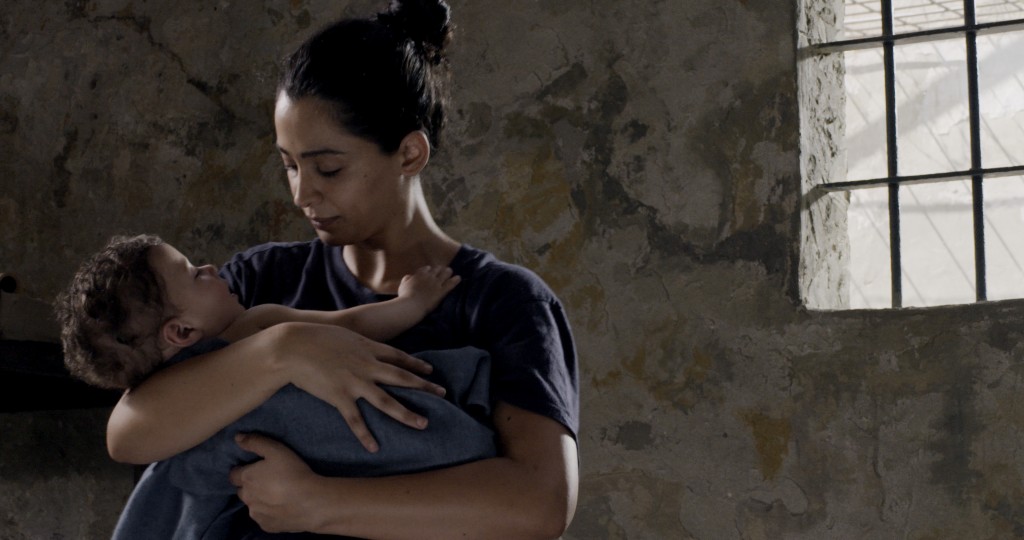 The new Palestinian film 3,000 Nights fictionalises a story that has quite literally been told a million times in real life: the experience of being a political prisoner in Israeli prison.

As many as a million Palestinians prisoners of conscience have been detained or jailed by Israel since 1948, according to figures released by the Palestinian Ministry of Detainees, with the majority since 1967.

Directed by documentary-maker Mai Masri, her first feature film brings to light the experiences of women prisoners, the relative minority of detainees, estimated at over 12,000 since 1967.

Through eye-catching and hauntingly beautiful cinematography, Masri brings to life the story of newly wed Layal (Maisa Abd Elhadi) who, in the early 1980s, lands in jail after innocently giving a lift to a young Palestinian who is alleged to have undertaken an attack on an Israeli checkpoint.

She is sent to Ramla prison, where she winds up in a cell with Israeli women implicated in criminal cases, which causes the other Palestinian women to be standoffish towards her and to suspect that she is an informant or collaborator.

It is only when she is transferred to a Palestinian cell and reveals to her cellmates her shocking new discovery, that she is pregnant, that the suspicion begins to disappear. And when she gives birth to the overwhelmingly adorable and irrepressibly joyful Nour (played by Zaid Qoda), her Palestinian cellmates’ hearts melt, as do those of the audience.

Although this seems like a contrived dramatic ploy, there have been real-life incidents of this. A strikingly similar case involved a woman from Gaza whose son spent the first 21 months of his life in prison with her, but she was a member of Islamic Jihad and was arrested for, and later admitted to, planning to carry out an attack.

Despite numerous moving moments, the characters in the film seemed half-formed. Like traditional Arab films which explore a political theme, 3,000 Nights is high on poignant symbolism, but to do so sacrifices too much human and psychological depth.

To transform complex and conflicted individuals, with all the ambiguities that make up human nature, into symbols necessitates a certain simplistic caricaturing. Cinematographically, this is reflected in the Hollywoodisation of the characters.

Pretty much all the Palestinians in the film are beautiful or have gravitas, and both when it comes to the leads. Meanwhile, the Israelis are middling to ugly and ooze hostility, with the exception of the human rights lawyer defending Layal and a Mizrahi Jewish inmate who becomes sympathetic, presumably due to their shared Arab heritage.

That said, based on my conversations and interviews with former prisoners, the film depicts accurately the details of the daily reality faced by Palestinian prisoners, from those tempted to become informants to those who live “sumud” (steadfastness). Some of the film’s most amusing scenes relate to the elaborate methods prisoners use to communicate secretly with each other, including Morse code, sign language, slips of paper secreted on their person and concealed holes in walls.

As illustrated by the recent case of Muhammad al-Qiq, who almost died after refusing food for 94 days in protest at his detention without charge, hunger-striking has been a common tool of protest for Palestinian prisoners of conscience since at least 1969.

Like in 3,000 Nights, Sulaiman Khatib was involved in a mass hunger-strike in the pre-intifada 1980s. “In jail, there was nothing for free,” Khatib told me in Ramallah. “So we had to engage in non-violent activities, such as hunger striking, so that we could improve our daily conditions.”

Given their serious consequences on the prisoners’ health and bodies, hunger strikes were not entered into lightly by the prisoners. Hunger-strikes are a gruelling ordeal on the inmates’ bodies and minds, so they used psychological tricks to endure them.

“Food controls your thoughts and dreams,” Khatib said, as he sipped thoughtfully on his coffee. “There’s a rule for hunger strikers: you’re not allowed to talk about food.”

Another coping strategy was the sense of solidarity between prisoners and with their supporters beyond the prison’s walls. “[This] creates a wonderful and profound solidarity. You become one with the group,” Suleiman observes.

One surprising effect of hunger-striking, I learnt, is that as the body declines, the spirit soars. “You begin to believe you’re a legend, you’re extraordinary, you have superpowers,” Bassam Arameen, who was also a political prisoner in the 1980s, recalled.

Many Palestinians describe their time in prison as a kind of multifaceted school, in which they immersed themselves in reading, learning, debate and reflection. Numerous ex-prisoners I have spoken to also recall how their time in prison radically altered their view of the path to Palestinian liberation and made them regard Israelis more humanely – not in a Stockholm Syndrome, but in a Nelson Mandela, kind of way.

“Before I knew about Gandhi or Mandela, I learnt with the other prisoners that non-violence works because most of our hunger strikes succeeded.” Khatib elaborates.

Today Khatib is a veteran peace activist who believes in the peaceful resolution of the conflict alongside Israeli allies. He is the co-founder of Combatants for Peace, a grassroots group of ex-Israeli and Palestinian fighters who have decided to lay down their arms because they believe that there can be no violent resolution to the conflict.

This article first appeared in The National on 19 March 2016.