Egyptian presidential election: Who should the revolution vote for?

Egyptian revolutionaries dream of electing a president who emerged from Tahrir square, but should they vote for pragmatism or principle? 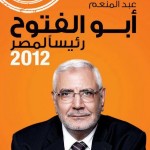 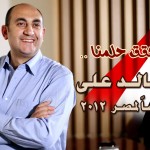 When Egyptian go to cast their votes on Wednesday, they will not just be choosing their president for the next four years, but in the process of selecting Egypt’s first democratically elected president,  they will be setting the tone  and shaping the identity of the nation and the political system perhaps for decades to come.

Some call it the Second Republic, while others call it the Third Republic, but regardless of how many republics we have witnessed since the monarchy was overthrow in 1954, what is certain is that the post-revolutionary system will be radically different, or at least this is what the revolutionaries are hoping for, especially in light of the desperate attempts to reproduce the old regime but with new faces.

In order to avoid the re-establishment of the Mubarak regime itself and to prevent the possible emergence of an Islamist single-party political system, the pro-democracy revolutionary forces are excluding the Muslim Brotherhood candidate Mohamed Morsy and other Islamists, as well as ministers who served under Mubarak, such as one-time foreign minister Amr Moussa.

Having identified who not support, deciding on who to vote for is proving much tougher, and many are still undecided. The Tahrir voting bloc is torn between three main candidates: Khaled Ali, Hamdeen Sabahi, and Abdel-moniem Aboul Fotouh.

Khaled Ali seems to be the candidate who best represents the revolution’s spirit of “bread, freedom and social justice”. Despite his history of labour activism, young age and his key role in the toppling of Mubarak, Ali is probably the one with the slimmest chances of winning among the three major revolutionary candidates. However, many idealists are still giving him their support and refuse to vote tactically against what they stand for.

The real dilemma is about choosing between Aboul Fotouh and Sabahi, both of whose ideological background stands against many of the principles of the revolution. Even though Aboul Fotouh, a former leader of the Muslim Brotherhood, is a believer in democracy and was expelled from the Islamist movement when he announced his intention to run for president, he still praises Hassan el-Banna’s regressive political project and compares his vision with that of the Brotherhood’s founding father.

Hassan el-Banna’s ideology was centred around his belief in a one-party Islamic system, because he believed that a multi-party political system would promote division and strife and that no nation could develop under such system. Aboul Fotouh’s followers, even though they might have some reservations about his anti-democratic tendencies, think he is flexible, adaptive and has the biggest chance of defeating reactionary candidates from the former regime and the Brotherhood.

“I consider my choice to be a tactical one. Aboul Fotouh is the only candidate from Tahrir square that has a serious chance of winning,” says Ahmed Atef Fayed, a 32-year-old psychiatrist from Alexandria who camped in Tahrir square to overthrow Mubarak and defines himself as a secularist. “I understand the concerns of my secular friends and Aboul Fotouh definitely belongs to an opposite political ideology that progressive powers need to work hard on the streets to compete with one day, but in the meantime he is an opposite that I could imagine living with, unlike candidates from the Brotherhood or the former regime.”

An example of Aboul Fotouh’s diversion from el-Banna’s principles that reassures secularists like Fayed is his plan to lift all exceptional laws that restrict freedoms, such as the emergency law and legislation that govern the formation of political parties and journalism, as well as his stance towards unrestricted freedom of innovation and expression. Despite distancing himself from the foundation on which the Muslim Brotherhood was built, Aboul Fotouh still seems to be at least emotionally tied to the founder of the Islamist movement, as reflected by thesection on his website dedicated to el-Banna, or the “Martyr Imam” as his followers prefer to call him.

Hamdeen Sabahi is also haunted by and diverted from his ideological roots. A self-described Nasserist in 2012 will obviously face questions and concerns about his position towards multiparty democracy. However, his supporters see in him the only major secular candidate that is both revolutionary and not part of the former regime. Just like Aboul Fotouh, Sabahi still makes statements about how his programme is inspired by former president and leader of the 1952 revolution, Gamal Abdel-Nasser, but in reality and under the pressure of the revolution’s calls for political freedom, it isn’t really. He, for example, advocates the right to form independent unions, political parties, and promotes the strengthening of civil society and democratic institutions – all of which were anathema to his idol.

Even though the programmes of both Aboul Fotouh and Sabahi look good, at least on paper, and are distant from the schools of thought of their historical political idols, el-Banna’s political project seems to be more of a threat today than Nasserism. There are fears that the rise of political Islam and radical Islamist groups, such as the Salafi al-Nour party, will try to influence Aboul Fotouh’s policies in return for their electoral support. The rising popularity of Sabahi, as indicated by various opinion polls, reveal that an increasing number of Tahrir voters feel less threatened by Nasserism, which they regard as a dying ideology, than by a single-party Islamist system that appears to be gaining ground.

And if Sabahi wins, this carries the additional advantage of enhancing political diversity and creating a true multiparty system in Egypt, instead of establishing a political spectrum which is only made up of different shades of Islamism.