Filmmakers are moving away from the headline conflict to shed light on real life in Palestine as lived by actual Palestinians, both real and fictional. 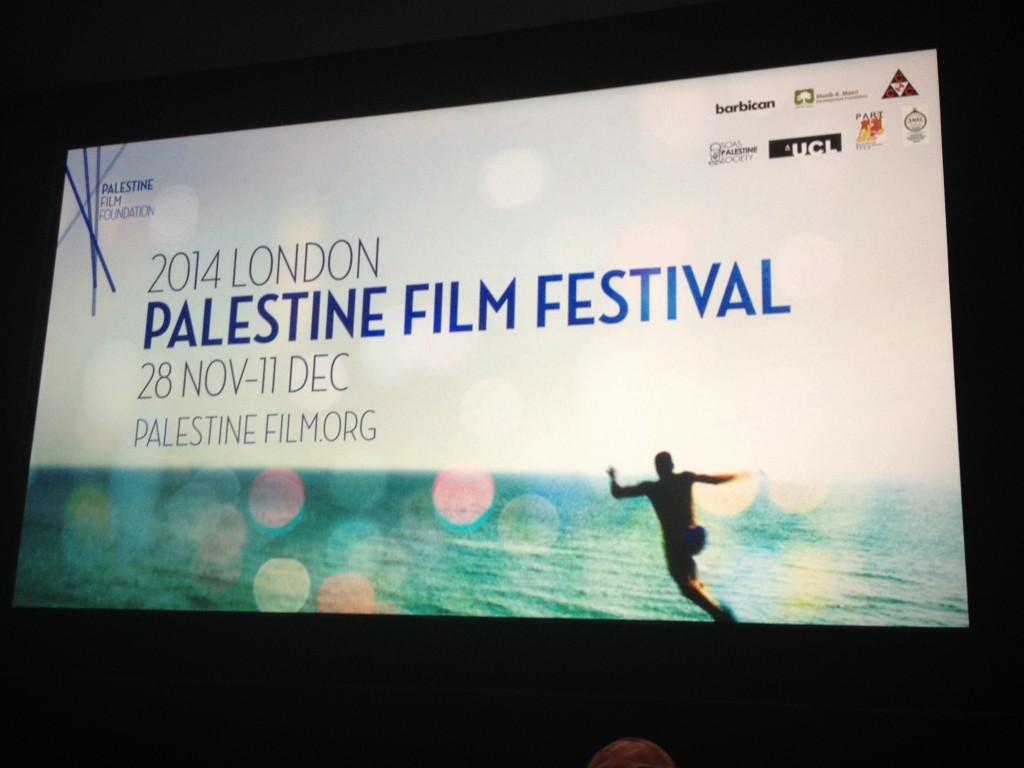 The recent London Palestine Film Festival featured more than 40 works of film and video by Palestinian and international artists. What struck me the most is how many of the films screened shed a new and refreshing light on Palestine, showing that there is more to Palestinian society than war and occupation – there are people with stories to tell and lives to live.  As an outsider, it was also the first time I was exposed to the natural beauty of Gaza and the West Bank, something we rarely see on news report.

The UK premiere of Najwa Najjar’s West Bank thriller Eyes of a Thief (‘Eeyon al-haramieh’) opened the festival. Set in a rather desolate location in the valley between Nablus and Ramallah, it stars the Egyptian actor Khaled Abol Naga, who needed a special permit for the four-week filming, and Algerian singer/songwriter Souad Massi. The film tells the story of a father searching for his lost daughter in the city while keeping a dangerous secret to himself.   Najjar’s psychological drama humanises the Palestinian resistance, showing the hero as a sensitive person who is seeking to find lost family, with hints of a forbidden love story, which makes him much more complex and much more human than the two-dimensional portrayals of Palestinians either as terrorists or as heroes. Najjar does not try to embellish Palestinian life, nor does she attempt to show the entire breadth of modern Palestinian history in a single film, but provides a glimpse of some aspects of Palestinian life.

This was a common thread linking the films shown at the festival, as could be seen in a special triple-bill of films set in Ramallah. Flavie Pinatel’s Ramallah gives the audience a different perspective on the city we often see in the news. Ramallah, the administrative capital of the Palestinian territories, is portrayed as city that has many contradictions: the humour of its inhabitants, traditional crafts that rub shoulders with an intense nightlife of revelling youth. In this bustling city, a trace remains of its recent past as a pastoral village, and like many urban areas in the Middle East, Ramallah is a 21st century city torn between two worlds. Pinatel takes up the counterpoint to shoot an everyday portrait without drama. She reveals a city through funny, serious or unusual portraits of Ramallah’s inhabitants, in an attempt to depict it beyond its tragedy.

Roy Dib’s Mondial 2010 is a film on love and location. A Lebanese gay couple decides to go on a road trip to Ramallah which is recorded with their camera as they chronicle their journey. The viewers are invited through the couple’s conversations into the universe of a fading city, yet we never actually get to see the faces of both characters. Mondial 2010 is a discussion of borders in the modern-day Middle East, employing video as an apparatus to transgress boundaries that are imposed on people against their will. Essentially, it is a travel film in a trajectory that doesn’t allow travel, starring two male lovers in a setting where homosexuality is a punishable crime. Shot with a hand-held camcorder, Mondial 2010 borrows the aesthetics of a video travelogue. It normalises the abnormal in Palestine, and by doing so creates its own universe of possibilities, offering an alternative shift from the mainstream passive view of the Palestinian-Israeli conflict that places the victim/oppressor at the forefront of the produced imagery. This video glides over this conflict with an upper hand.  The couples in the film are not only defying cultural and religious norms through their homosexual relationship but they are also breaking the law by entering Ramallah. The relations between Israelis and Lebanese are governed by the 1943 Lebanese Criminal Code, which criminalises any contact with citizens of enemy states,  and the 1955 Lebanese Anti-Israeli Boycott Law.

The rather strange Pink Bullets by Ramzi Hazbou stars Ali, who wakes up confused by the construction noise coming from outside and the disturbing dream he’s just had, which is the ultimate theme of his day as it continues to shudder along. The film failed to grab my thoughts and I could not see anything beyond a simple idea that it was trying to convey: that Ramallah is not just about politics but has a life of its own too.

The second triple bill of the night on Gaza proved to be more interesting. For most of the media, the Gaza Strip is a source of the most apocalyptic images from the Israeli-Palestinian conflict. Striplife, produced by a group of Italian and Palestinian video makers is an extraordinary depiction of the everyday life of Gaza’s inhabitants prior to the latest escalation of violence. The film is a fresco of Gaza. We see men and women who resist, determined not to succumb to conditions of life that appear impossible, go about their day in Gaza.  The film begins with an inexplicable event that occurred overnight: dozens of manta rays washed up on the beach, with fishermen flocking to the shore to grab as many as they can. Meanwhile, the city wakes up. Antar a singer who dreams of rapping (prohibited in the streets) urges his brother to wake up. It’s a big day for him; he will be recording his first album that afternoon. Noor is putting her make up on; she will be appearing in front of the cameras. Jabber is already in the field, surrounded by gunfire. A demonstration is marching down the streets. Moemen Faiz, who was confined to a wheelchair due to an Israeli offensive, is a photographer who is there to do his work as a journalist.  The muezzin’s call to prayer echoes in the air, multiplied by the loudspeakers on the minarets. The members of the parkour team twirl around in a cemetery like in a dream. The film is a collective observational documentary that requires no commentary. It is not a film about Gaza, but with Gaza.

Filmed in the wake of the 2008-9 war, Tendid (Condemnations) by Tunisian filmmaker Walid Matar takes place in a struggling corner café which gains an overnight popularity boost with the televising of the war.  The café becomes the melting pot and meeting point for the community’s men who are just as quick to pick sides for football as they are for religion, politics and war. The film, which has to be my favourite one out of all the films that I saw, takes satirical aim at the hollow nature of the many public and political statements of solidarity and condemnation issued at the time.

The final and shortest film of the night Shuja’iyah: Land of the Brave by Hadeel Assali was made during the recent war on Gaza, combining the artist’s images of home and community life in the district of Shuja’iyah with audio recorded in July 2014, as the neighbourhood came under devastating attack. The film shows Assali’s personal reflection on the meaning of “crimes against humanity” in the context of Israel’s ‘Operation Protective Edge’, using footage of her family filmed in the summer of 2013 juxtaposed against audio from the summer of 2014.

Although the quality of the films was variable and some were not great, the festival succeeded in presenting Palestine’s human, social and cultural diversity. The featured works tackled daily issues and recognised the Palestinian people as individuals – as human beings with their own stories and circumstances – rather than a vague collective, an occupied nation.