For an ideology which claims to stand at the pinnacle of humanity, white supremacy exhibits a paranoid sense of inferiority and persecution. 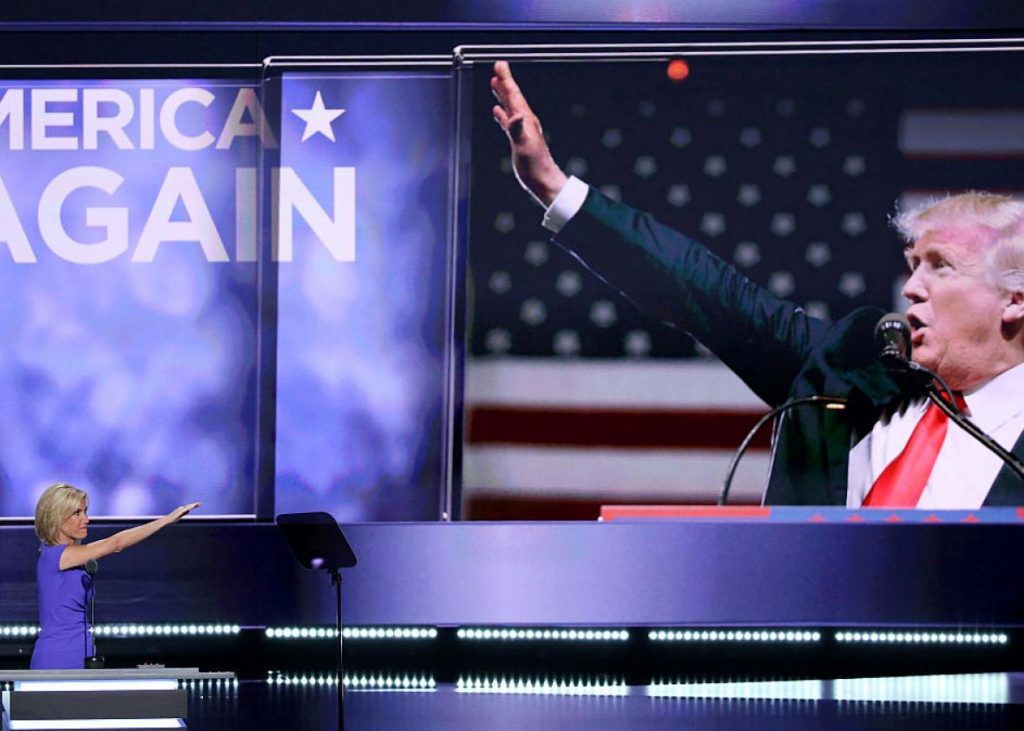 “Hail Trump”. “Lügenpresse”. Nazi salutes. America and the wider world reacted with shock when video footage emerged of a fascistic speech by the darling child and poster boy of the so-called Alt-Right movement, Richard Spencer, given right in the heart of Washington DC.

Loaded with racism and dehumanisation, the Alt-Right leader declared: “To be white is to be a striver, a crusader, an explorer and a conqueror. We build; we produce; we go upward.”

In his rhetoric, he echoed the “manifest destiny” expressed at the height of the white European conquest of America. “We are the pioneers of the world; the advance-guard, sent on through the wilderness of untried things, to break a new path in the New World that is ours,” Herman Melville, the author of Moby Dick, wrote in White Jacket.

But today’s white nationalism is unlike the muscular, cocky, self-confident white supremacy of the 19th century, when the West pretty much ruled the rest, and required an ideology to justify this global dominance. In place of the white man’s burden of yore, many whites, especially men, now feel they are regarded as the burden.

Behind the veneer of entitlement and under the thin crust of supremacist rhetoric lies a serious inferiority complex. “No-one mourns the great crimes committed against us. For us, it is conquer or die,” Spencer lamented, sounding remarkably like a jihadist ideologue. “We are not meant to live in shame and weakness and disgrace.”

And Spencer is not alone. In a recent tweet, David Duke, the former Imperial Wizard of the Ku Klux Klan – you know, the white supremacist organisation notorious for its history of lynching blacks – demanded that the Senate “stop the massive institutional race discrimination against whites”.

The far-right movement in the United States and Europe – as well as mainstream conservatism, to a lesser degree – seems to have appropriated the language of oppression and subjugation more common among the formerly enslaved and segregated African-Americans or subject populations who lived under the yoke of colonial rule, not for a cultural collective still perched at the very top of the human power hierarchy.

In its efforts to recapture and reconstruct an idealised and distorted “golden age” before “decadence” and “decay” set in, it parallels and bears striking similarities to supremacist Islamist and jihadist discourse.

In societies whose superior technologies have for centuries visited mass slaughter upon weaker populations across the planet, there is now talk of a “white genocide” – a paranoid theory that there is a conspiracy to wipe out the white race through immigration and multiculturalism.

A recent variation on this is the conspiracy theory that the refugees flooding into Europe are not desperate civilians fleeing war but part of a crafty invading army bent on the destruction of Western civilisation. This supposed phenomenon has been called “jihad by emigration” – a term coined by another Spencer, Robert, the creator of the far-right Jihad Watch.

But what is driving this sense of victimhood among white extremists? After all, objectively speaking, whites remain dominant within their own societies and their countries still exercise a huge amount of global hegemony, especially the United States.

“White supremacy is still dealing with the aftermath of the anti-racist struggles of the 1950s, 60s, and 70s, spearheaded by the black liberation movement, as well as the anti-colonial and anti-imperialist struggles across the global South,” Matthew Lyons, an independent researcher into fascism, told me.

“Most lynchings in the United States in the 19th and 20th century took place [when] white privilege and power was being eroded,” Barry Van Driel, vice-president of the International Association for Intercultural Education, explained to me. “That leads to, in my opinion, identifying with an authoritarian and strong white leader to protect white interests.”

Known popularly as a “whitelash”, this phenomenon saw the United States swing from electing its first African-American president, the most visible and symbolic sign of the advance of civil rights, to electing arguably its most unqualified white candidate ever.

Donald Trump epitomises the truism that hell hath no fury like a middle-aged white man scorned. Raised with a diamond-encrusted golden spoon in his mouth, Trump believes it is his inalienable right to be a master of the world – he is less neo-Nazi, more neo-Narcissist.

Imagine how galling and frustrating it must have been for The Trump that an uknown black senator became president before him – and to the adulation of the liberal set, to which Trump had once belonged, who quite literally sang Obama’s praises at a rock concert. Even now that he is President-Elect, Trump cannot emerge from under the shadow of his rock star predecessor, whom the liberal set regard as mixing cool with intelligence and vision.

But beyond the white privilege of the “old boy” network, there is the aspirational privilege of underprivileged whites. Like the patriarchy and the class system, race primarily serves the top dogs, not the lower classes.

In fact, racial supremacy has been used since its invention to control the anger and frustration of ordinary and poor whites in two ways. Firstly, although many whites have always been almost as economically disadvantaged as other “inferior” groups, their sense of belonging to the “superior” group helps distort their subordinate reality and absorb the frustrations this creates.

Secondly, when these frustrations threaten to bubble over, this illusion of superiority helps to channel anger away from the real authors of white underprivilege, towards softer targets, namely “inferior” ethnic, religious and racial groups. This is what the fascists and Nazis in Europe expertly did in the first half of the 20th century, to devastating effect.

As unchecked neo-liberal economics creates a growing underclass of unemployed and prospectless whites in the United States and many parts of Europe, the conditions are ripe for the rise of a similarly delusional and destructive white nationalism that can potentially wipe out everything multicultural progressives hold dear in its wake and lead to widescale conflict.

This article first appeared on Al Jazeera on 30 November 2016.