Many Egyptians find the allegation that the Italian student was killed by Egypt’s notorious security apparatus chillingly plausible. Italy must shed its former enthusiasm for the Sisi regime. 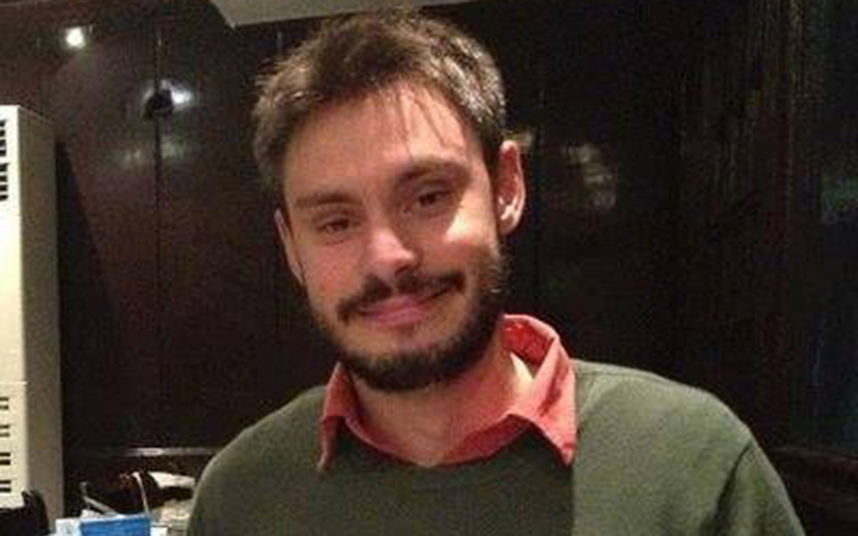 During a rambling and at times bewildering speech responding to accusations that his regime had “sold” two strategic Red Sea islands to the Saudis, Egypt’s president Abdel-Fattah al-Sisi seized the opportunity to defend his government’s record on the Giulio Regeni case.

Following Egyptian assurances of a thorough and independent investigation, Sisi’s comments are bound to provoke dismay and anger in Italy, which has already recalled its ambassador over Egypt’s perceived obstructionism and its failure to hand over vital evidence.

Despite the denials from many segments of officialdom and in the echo chamber of the pro-regime media, I and many, many Egyptians, especially activists and independent journalists, find the working theory that Regeni was killed by one of the many tentacles of Egypt’s notorious security apparatus entirely plausible, not to mention chillingly so.

For me, as an Egyptian, the only surprise is that this happened to a foreigner from a wealthy, developed country. In an unofficial revival of the dual legal system that Egypt used to have during colonial times, Westerners, given the likelihood that their governments will make a stink, have generally been off-bounds to the guardians of the state’s insecurity.

In a sad indictment of the ill regard in which Egypt holds its people, even having dual citizenship affords one more protection than solely possessing Egyptian nationality. This, along with the fact that I don’t write in Arabic and live abroad, is, I am convinced, one of the reasons that I have not yet got into serious trouble for my critical journalism. I believe that the eight-hour interrogation to which I was subjected last time I visited Egypt potentially could have ended much worse were I only an Egyptian.

That is why I feel understanding for Egyptian activists and journalists who have gone into de facto self-imposed exile, after fighting a losing battle for seemingly no returns. As for those who, against all the odds and at the risk of their freedom or even their lives, have stayed to continue the struggle, I feel nothing but immense awe and admiration for their courage: from relatives and friends, to journalists and rights defenders like Hossam Bahgat, who continues to expose the concealed workings of the regime despite harassment and the decision to freeze his assets, or Aida Seif Eldawla and her team at the Nadeem centre who continue to support victims of torture and violence, despite repeated attempts to shut them down.

Though almost all the regime’s victims are Egyptians, over the past five turbulent years, during which xenophobia has grown due to the portrayal of the 2011 revolution as a foreign conspiracy, foreign journalists, activists and aid workers have become more of a target, as the Al Jazeera trials and the earlier American NGO crackdown attest.

But, as far as I’m aware, no Westerner has ever been tortured or killed by the security services. The only case that comes close is that of the French resident of Cairo, Eric Lang, who was reportedly beaten to death by inmates in a holding cell. The Sky News cameraman Mick Deane was shot dead while covering the violent, bloody dispersal of the Raba’a el-Adaweya sit-in in support of the ousted president Mohamed Morsi.

My personal suspicion is that Regeni’s death was an “accident”, caused by the lawlessness which now governs Egyptian law enforcement. One plausible scenario is that the researcher, who confessed to colleagues that he was being watched and feared for his life, was picked up to be interrogated. Once detained, he may have refused to answer questions or talked back too much, leading them to get rougher and rougher, until he died in their hands.

I personally doubt that any orders came from high up, especially as the embattled regime needs all the overseas allies it can get and Italy is Egypt’s main trading partner in the EU.

But little restraint exists when it comes to Egyptians, who have few defenders from the current “reign of terror”.

To give a taste of the magnitude, Corriere Della Sera recently published a list of 735 Egyptians who have been disappeared over the past eight months, while tens of thousands have been detained over the past three years. In addition, 7,420 civilians have been tried by military courts, many in summary mass trials, since October 2014, according to the Egyptian Coordination for Rights and Freedoms.

Regeni’s death and the rot within the Egyptian regime which it has exposed should give certain Italian politicians and journalists pause for thought over their previous enthusiasm for Sisi. Some have described Sisi as “courageous” and “enlightened” because he was mounting a “revolution” within Islam.

To Egyptian secularists and intellectuals, many of whom are rotting behind bars, the notion that our incoherent, iron-fisted leader is some kind of enlightened reformer will come across as a cruel joke. Sisi is not a revolutionary, he is a counter-revolutionary.

That is why it is important for Italy and the wider EU not to fall for the regime’s disingenuous “warnings” that not supporting it would “endanger the whole of the Mediterranean and Europe”, as Sisi warned in an interview with La Repubblica, by delivering Egypt to radical jihadists.

Human rights are supposed to be a central pillar of Europe’s relationship with Egypt and the rest of the region. It is high time for Italy and the EU to start seriously demanding from Egypt and its other Med partners respect for these fundamental principles and to implement serious democratic, social and economic reforms. These are the true safeguards against radicalisation and terrorism.

This is the extendedversion of an article which first appeared in Italian in Corriere Della Sera on 16 May 2016.