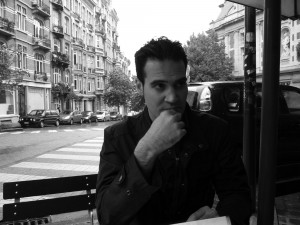 Eric Bienefeld is a freelance writer living in Brussels.  He has spent the past few years working in the European affairs sector in event organisation, political monitoring and communications.

He has a doctorate in political science (European Studies) from the University of Bath.  The thesis centres on the power of lobbying, focusing specifically on the Basque Country’s ability to directly lobby and influence EU policy through informal channels.

Eric was born in the United States and moved to Europe when he was 20, in search of cultural diversity and alternative ideas.  Most of his time was spent in Spain, but he has also lived in Bath and Paris.

Towards the end of his doctoral fieldwork, he began working in international event organisation, coordinating concerts in San Sebastian.  He is interested in cultural differences, language, meeting people, and gaining fresh perspectives, which makes Brussels ideal.

Basque Country: In the eye of the financial storm

I bought these Tönissteiner soft drinks which come in returnable bottles for which you pay a refundable deposit. If Tönissteiner can do this, why can't massive multinationals like Coca-Cola switch away from plastic bottles? pic.twitter.com/2bdLBrHrMB