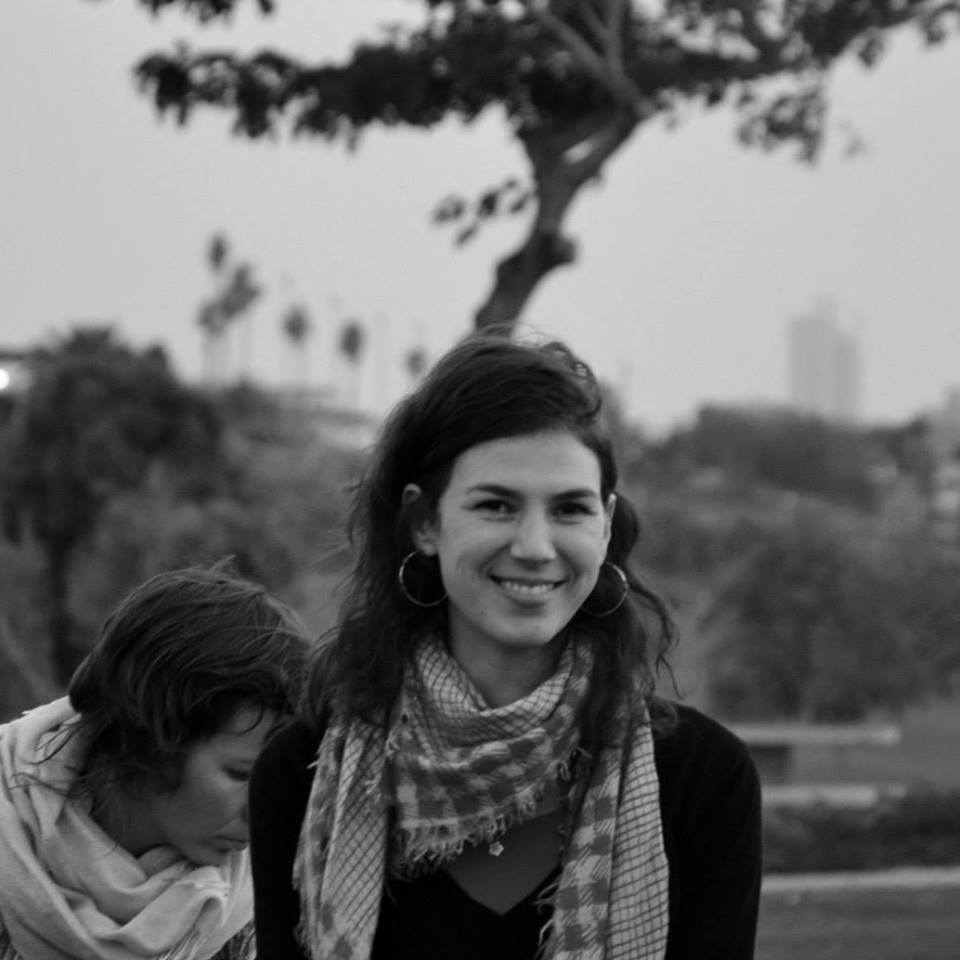 Brigitte Herremans: Unfortunately, I was aware that I might be refused entry to Israel this time. A number of factors had alarmed me: the Israeli government’s growing animosity towards NGOs and the increasing attacks by groups such as NGO Monitor. NGO Monitor has been criticising our work and has spoken out against this trip we organised with youngsters. Furthermore, Broederlijk Delen has denounced the Israeli NGO bill that was adopted in June 2016 and singles out Israeli peace and human rights NGOs.

Lastly, the Israeli government has announced that it will take new measures against international human rights and peace activists. This summer, the Ministry of Interior and Ministry of Internal Security set up a task force to deport and deny the entry of Boycott, Divestment and Sanctions (BDS) activists. Broederlijk Delen advocates for political sanctions against Israel but does not call for BDS, yet the Israeli government and NGO Monitor do not differentiate between different strands of criticism.

These allegations are not true. Over the last decade, the pro-Israel lobby has been accusing us of bias in order to smear our reputation and silence our voice. These accusations serve as a smoke screen in order not to address allegations about Israel’s violations of international law and the impunity it enjoys. Instead of addressing what we say, they make false allegations about our motivations. Broederlijk Delen and Pax Christi Flanders adopt a rights-based approach, as we believe that international law is a neutral instrument that can show a way out of the deadlock. We emphasise that both sides to the conflict commit violations of international law. Like other conflicts, it is not black and white, it is a clash between two national movements that both strive for self-determination. Yet the conflict is asymmetrical. Israelis have a state whereas the Palestinians are still waiting for a state. We argue, among others, that Israel needs to come to terms with a Palestinian state within the armistice lines of 1949. These unfounded attacks highlight that the Israeli government and organisations like NGO monitor have no real answers to the moral and legal statements that we are making. They cannot justify violations of law, like settlements and the blockade on Gaza, so they attack anyone who talks about these topics.

What we cannot deny is that there is a worrying trend: the shrinking space for civil society actors both in Israel and in Palestine. I don’t know if my case is directly related to other cases – at least, I don’t have any information about this. But increasingly, international NGOs and human rights activists are also targeted systematically by the Israeli government and its proponents such as NGO Monitor. The government keeps making it harder for aid to reach Palestinians in need, and is doing all within its power to de-legitimise the human rights defenders who criticise it. The new Israeli NGO law, for example, targets human rights defenders that receive funding from European organisations. The smear campaigns that accompanied the passing of the law called such activists foreign agents who support terrorists. The government brands any criticism as anti-Israeli and worse. There is nothing farther from the truth. Together with our partners, we work hard to promote peace and human rights and to reduce violence against Israeli and Palestinian civilians.

Concretely this incident will not affect our work on the ground. There is a team at Broederlijk Delen that works on Israel and Palestine and follows up the relations with our Israeli and Palestinian partners, who are very professional and well organized. We will continue our work with the same dedication. Edward Said often quoted Gramsci: ‘Pessimism of the intellect and optimism of the will’. On the one hand we need to fend off the attacks against civil society and the accusations and misinformation. On the other hand we need to step up our advocacy on the issues themselves: the Israeli settlement policy and retroactive legalization of outposts, the separation between the West Bank and Gaza. The EU needs to understand that its approach of carrots without sticks has not advanced peace, nor lead to Israel’s socialization within Europe. Quite on the contrary, Israel has been given the margin to differ, to step up its violations of international law while at the same time benefiting from a privileged relation. What is encouraging though is that so many European citizens do understand this and care about peace in Israel and Palestine. This solidarity is the force that drives us.

Together with our Palestinian and Israeli partners and human rights activists we are building a coalition of hope. We do realize though that it is an uphill battle and that challenges are enormous.

After his killing spree, Payton Gendron was going to shoot himself in the neck but police talked him down, before arresting him. This is how policing should be. If only unarmed black Americans were treated with the same respect for human life. #BuffaloNY #BlackLivesMatter

The reprehensible terrorist attack in Buffalo, New York, illustrates how Donald Trump may be gone but toxic white supremacy continues to poison America because Trump was a symptom of a deeper socio-economic and political malaise, not its cause. #BlackLivesMatter #WhiteSupremacy

@amgechter That's the problem: many kids cannot afford to bring their own food to school, so miss lunch, or they get cheap junk like crisps because their parents can't afford to give them healthy food.

The killing of Shireen Abu Aqleh and the subsequent desecration of her funeral undermines the Israeli narrative that Israel is a protector and ally of Christians in the Holy Land, whom, it claims, are neither Palestinian nor Arab. #ShireenAbuAqla chronikler.com/middle-east/is…

Shireen Abu Aqleh was unable to reach her final resting place in peace, and Palestinians were unable to mourn unharassed. In a just world, a shocking scene like this should be the final nail in the coffin of the Israeli occupation. #Shireen_Abu_Akleh pic.twitter.com/qmUIIT5i1Z

As prices and poverty rise, as many as one in four children in Belgian schools go without lunch, experts estimate (no official statistics exist). That children should go hungry in one of the world's wealthiest countries is unacceptable and shameful. We need free school lunches

If the sight of a Palestinian flag causes Israeli forces to attack the funeral procession of a slain journalist, leading Shireen Abu Aqleh's coffin to fall to the ground, then the prospects for peace are dimmer than ever. Disgusting disrespect. #ShireenAbuAkleh #شيرين_أبوعاقلة

@DiabolicalIdea See, the problem is with *recreational* energy drink use. :>) For actual endurance athletes, they're a big help. But since I'm long-retired from triathlon, yeah, just gimme coffee.

The #Cryptocrash reminds me of why I've never invested in cryptocurrencies. Not only were they a bubble waiting to blow up and ruin lives, but cryptocurrencies also deprive states of revenue, facilitate tax evasion and fraud, and are a disaster for the climate #terraluna #Bitcoin

@NPR Here's to hoping Elon pulls out of the deal. Twitter doesn't need him.