The UN Security Council has a long track record of failing to resolve conflicts. Now it is also in danger of bringing the major powers to blows. 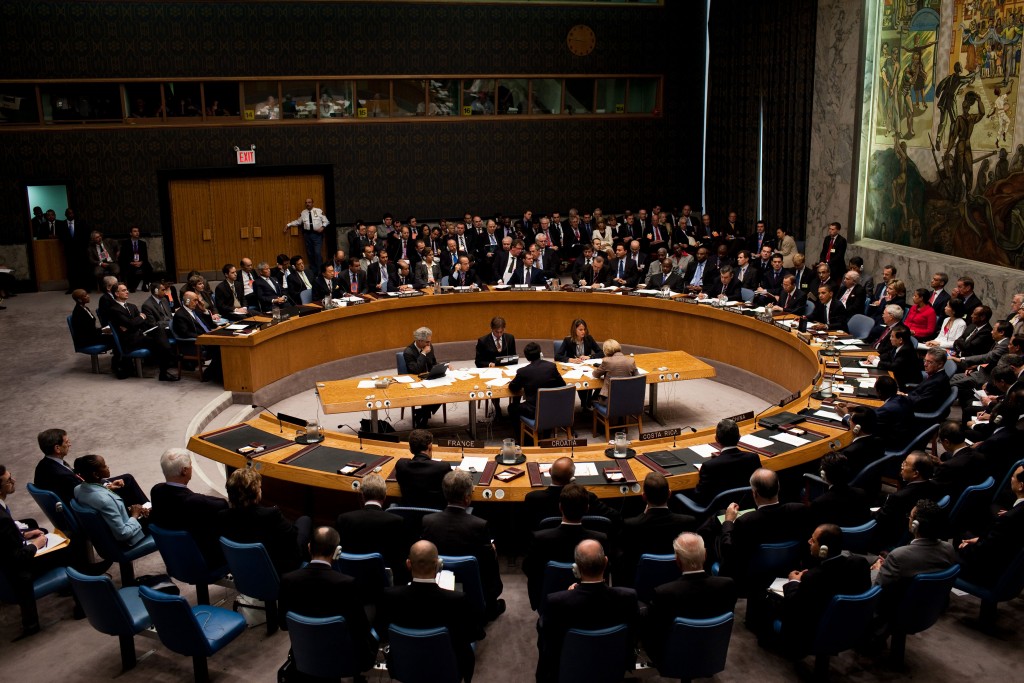 United Nations Secretary-General Ban Ki-Moon’s recent surprise visit to Israel and Palestine followed fast on the heels of France’s efforts in the UN Security Council to issue a presidential statement in support of the deployment of international observers at the Haram al-Sharif/Temple Mount and other holy sites in Jerusalem.

Such a flurry of activity by and within the UN is clearly intended to calm the violence that has been escalating for the past month. But even with the best intentions, does the UN in its current form have any capability or credibility in this conflict?

The French draft on international observers, by focusing on the Haram al-Sharif/Temple Mount, above all gives credibility to the myth that the Israeli-Palestinian conflict is about religion – but it also confuses a symptom with the disease.

The Temple Mount is only a microcosm of the wider conflict and it is not where the greatest abuses occur. It would be far better and more useful if international observers were deployed across the occupied territories and in East Jerusalem to monitor the daily transgressions there.

Better still would be an international peacekeeping force, which would be good for both sides. For Palestinians, it would offer protection from Israel’s arbitrary and repressive military rule. For Israelis, it would provide security without the corrupting domestic influence of draconian militarism. For both sides, it could offer the breathing space required to rebuild bridges burnt over the past couple of decades.

However, it is near impossible that such an ambitious proposal would fly, if even the idea of proposing international guardian angels at Jerusalem’s holy sites is meeting with such stiff resistance.

Israel is adamantly opposed to the French proposal. “Israel is not the problem on the Temple Mount; it’s the solution. We maintain the status quo,” Prime Minister Binyamin Netanyahu claimed defiantly.

And Israel, through its patron and ally, the United States, holds an effective veto over the UN. Washington has exercised its veto right, as one of the five permanent member of the Security Council, to shield Israel dozens of times, not to mention the threat, or fear, of a veto on numerous other occasions to stifle resolutions at their inception.

But it is not just the US that has exploited its veto power irresponsibly to undermine global and local security. Other permanent members have been similarly reckless.

Take Syria as an example. Moscow, along with Beijing, has vetoed four resolutions on Syria. Displaying a multilateralism of sorts, all five of the Security Council’s permanent members, either directly or indirectly, have been involved in the Syrian civil war.

Rather than working for the common global interest of, first, preventing, and now, ending the Syrian conflict, they have selfishly been pursuing their own perceived narrow national interests. Moreover, the Security Council’s failures do not just stop at the here and now. The council’s inability to defang conflict is legendary, with one of the most alarming examples being the Rwandan genocide.

This is partly because the Security Council’s architecture is not fit for purpose. Intended primarily to prevent global conflicts involving the major powers, it is ineffective in regional or proxy warfare.

The Security Council has arguably succeeded in this mission and, even during the Cold War, it helped prevent direct confrontation between the major powers of the capitalist and communist camps. However, they did, and continue to, engage in proxy conflicts, with Syria being the most notable current example.

Additionally, most conflicts today are local or regional ones, and so are difficult to defuse with this architecture, especially the incredibly problematic veto right, which blocks the ability for collective action if just one permanent member objects.

Moreover, we have reached a dangerous fork in the road. Nowadays the Security Council is in danger of magnifying, rather than dissipating, conflict, as its paralysis over Syria and the involvement of its permanent members in Syria demonstrates.

There is an urgent need to reform the UN’s architecture to make it a more effective force for global peace and stability.

A growing chorus of voices argue that the number of permanent members of the Security Council should be enlarged to reflect the contemporary reality of the world and to better include unrepresented regions. Candidates put forward include India, Brazil and the European Union.

However, an enlarged Security Council in which its new permanent members also exercised a veto would likely paralyze this body even more than it already is. It is my view that, with or without enlargement, the veto has to go.

Given the gravity and importance of the issues it deals with, a supermajority voting system could be established in which  a resolution would pass if, say, at least two-thirds of the 15 members of the Security Council (including the 10 temporary one).

However, this does little to address the fundamentally undemocratic and paternalistic nature of the Security Council, which effectively subordinates the will of the international community of nations to that of just five countries.

This can be addressed by making the Security Council subordinate to the General Assembly, and the executor of its will. Of course, for the current permanent members, who would have to agree unanimously to such a step, it would be tantamount to turkeys voting for Christmas.

In addition, if that kind of power is transferred to the General Assembly, larger countries would justifiably say that this unfairly discriminated against them. The UN’s current system of one country, one vote means that tiny Tuvalu, with a population of just under 11,000, carries as much weight as China’s 1.35 billion. This means that if the General Assembly were to start handling issues of international security directly, it would also need to be reformed, with a weighted voting system reflecting individual country’s populations – or the division of larger countries into voting regions, each of which would receive a seat at the UN.

Some small or pariah countries, such as Jewish Israel and Shia Iran, feel that the General Assembly has an intrinsic bias against them. Many Israelis are convinced Israel is held to a different standard.

Whether or not this view is accurate, such situations are possible. Just like a national democracy can turn into a dictatorship of the majority, the same can occur within an international democracy. Avoiding such eventualities would require a powerful constitution to govern the UN’s reformed security mandate and a “do no harm” philosophy.

But even if the Security Council were reformed to overcome its inertia, could it resolve the Israeli-Palestinian conflict?

Many peace activists on both sides are convinced it could, while the Palestinian Authority and PLO have premised their global diplomatic strategy on the idea that the international community, represented by the UN, holds the keys to peace.

At a certain level, this is a valid point of view. Centralising the international response and rooting it in international law would, at the very least, remove the foreign meddling that created and fuels the conflict. At best, it would empower the international community to address the root causes fuelling the conflict. However, this would require a shift away from the long-deceased Oslo paradigm and towards a civil rights platform, identifying and empowering local partners who can build the popular support necessary to lead their peoples towards peaceful coexistence.

But even if the international community were able to act as a single voice and find creative ways to tackle and address the root issues, this would not necessarily resolve the conflict. After all, the UN played a major role in helping create the Israeli-Palestinian conflict in the first place.

When it voted for the partition of Palestine in 1947, the newly conceived UN failed to ensure local buy-in, and this foreign hubris had dire consequences. Back then, failing to gain Palestinian and Arab acceptance led to war. Today, failure to gain Israeli support also risks leading to war or, at the very least, Israel openly embracing its pariah status, entering into self-imposed global isolation, and taking the gloves off completely.

The UN and the wider international community can only help lead Israelis and Palestinians to water. But they cannot force them to drink from the font of peace against their will.

This is the extended version of an article which first appeared in Haaretz on 20 October 2015.