March 2017 – Women’s liberation is generally believed to have started in the West but the roots of female emancipation go back millennia, to ancient Egypt.

The mirage of the meek Muslim woman

August 2016 – Incurable misogynist Donald Trump has Muslim women all wrong. They are not silent and submissive.

November 2015 – Despite the racism contained in Tintin and other classic children’s tales, I believe that children should be exposed to them.

May 2015 – Though halal sex may sound as logical as kosher bacon, it does make ts own sense. Some Muslims are utilising the concept to break the taboo around sex.

The cure for Egypt’s sexual harassment crisis is to liberate society from outdated and toxic gender ideals and to rethink notions of “honour”.

March 2014 – To those who believe the way a woman dresses invites harassment, hear this: she is not to blame – her harassers are.

Angela’s angels and the political patriarchy

October 2013 – Despite the “Merkel miracle”, the political patriarchy remains strong. However, more women are exploiting and even defying it to lead their countries.

Ugly discrimination in the face of beauty

May 2013- The curious case of Arab men reportedly deported for being “too handsome” demonstrates that the beautiful can also be the victims of discrimination.

February 2013 – Historic examples of homosexuality being tolerated by Judaism, Christianity and Islam can help overcome homophobia and reinvent these faiths.

February 2013 – Does a gaff about rural women’s breasts belie the belief among Egypt’s new Islamist leadership that women are the source of all society’s ills?

March 2012 – Some regard possession of a vagina as crucial for membership in the feminist movement. But can’t a man be a feminist too? 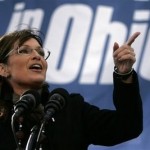 February 2012 – Which is more empowering or threatening for the gay community: the idea that sexuality is a lifestyle choice (unnatural) or an innate trait (natural)?

From the Chronikles: In the name of equality

January 2012 – As Belgium toys with the idea of allowing mothers to pass on their surnames, is there a way to make naming practices fairer?

Where ‘no’ means jail time

June 2011 – In Dubai, the Middle East’s self-styled party capital, women who say they have been raped can find themselves behind bars for adultery.

The Arab myth of Western women

November 2010 – Unflattering as some Western stereotypes are of Arab men, Western women also get a bad press in conservative Arab circles.

November 2010 – Some in the west are more likely to believe in elves in Middle Earth than in Arab men in the Middle East who are secular and do not oppress women.

The freedom of non-expression

July 2010 – Advocates of banning the face veil want to take away the only choice some women have – the choice to conform.

June 2010 – The product of an odd political marriage between left wing Belgian unionists and radical Flemish nationalists could be the world’s first openly gay male premier.

The bold and the brilliant

May 2010 – An Arab-American Miss USA may have put Muslim beauty on the western map, but let’s also recall all those women of courage and talent.

Miss USA 2010 and an Islamic cover-up

May 2010 – Rima Fakih’s Miss USA win is welcomed by many Arab-Americans, but some neocons denounce it as a sinister Islamic plot.

A ban to celebrate

May 2010 – Belgium’s effort to ban the face veil is a statement of female empowerment and a vote against religious fundamentalism.

Why do men leave?

April 2010 – Marriage and fatherhood bring out the best in some. But for many it’s an unbearable weight, and so they leave. Why is this?

January 2010 – Linda De Win is clever, competitive and middle-aged – would Belgians respect her TV victories if only she were male too?

January 2010 – A Saudi journalist is demanding that women be given the right to four husbands. Should equality mean monogamy or polygamy for all?

Labouring under a false premise

December 2009 – Barring men from the delivery room will not make giving birth any easier. In fact, it is a case of throwing out the father with the bathwater.

November 2009 – The life sentence imposed on Marwa al-Sherbini’s killer shows that European Islamophobia exists but is not institutionalised.

November 2009 – As the singer prepares to visit Egypt, Christian and Muslim fundamentalists agree: Beyoncé is the root of all evil.

October 2009 – Having kids is no longer the preserve of married couples, or couples full stop, it now seems. That’s all good and well, but does it mean dads will soon be surplus to requirements? No way!

Stilettos: career boosters for the down at heel?

September 2009 – Just because I want to wear high heels to work, that doesn’t make me a brainless bimbo.

July 2009 – Egyptian outrage at the brutal murder of Marwa Sherbini, the ‘hijab martyr’ is understandable. But If Egyptians want better justice for Muslims in Europe, then they should demand more justice for non-Muslims at home.

A brief history of brainy women

February 2009 – Where does Gail Trimble fit in the brainy women’s hall of fame?

November 2008 – Why is fairness so coveted in societies with darker skin?

In the name of equality

November 2008 – Society is becoming more equal but our surnames – borrowed from fathers and husbands – lag behind. Is there a fairer system?

Guardians of the unborn

November 2008 – The Dutch parliament is considering whether protecting unborn children should supersede the rights of parents to procreate.