The advent of ‘living robots’, or biobots, not only poses grave risks for which we must be prepared but also raises profound questions about the future and what it means to be human. 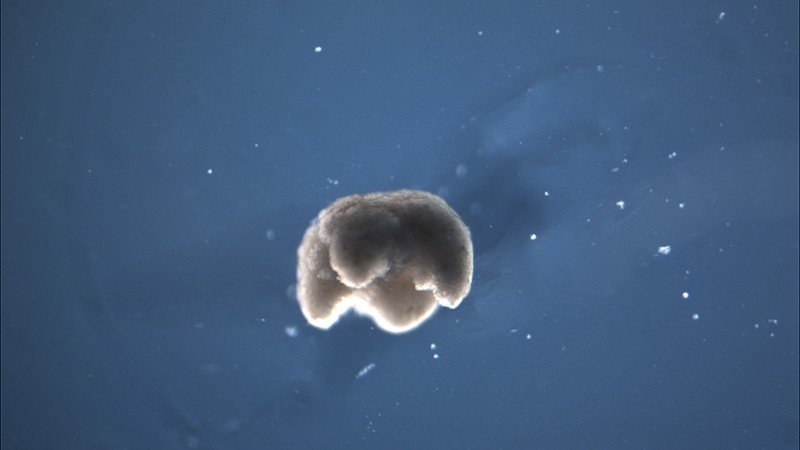 It sounds like the stuff of science fiction. Scientists have created what have been described as the first living robots in the lab, and they did so by first trying out different combinations using an “evolutionary algorithm”, what you can call e-evolution.

Before readers start imagining androids made of flesh and made flesh, I should point out that these “xenobots” are less than a millimetre across and the nearest they possess to limbs are two stumps that they use to swim through liquids for up to weeks at a time without requiring additional nutrition. They are made up of embryonic stem cells taken from the African clawed frog, known scientifically as Xenopus laevis, which inspired the name for the minute bots.

Scientists utilised heart cells that act like miniature pistons and skin cells which hold the package together. The level of sophistication involved in this bioengineering feat suggest that, whereas the technological glories of the past lay in grand monuments and mega-projects, the greatest achievements of the 21st century are to be found at the microscopic, nano and quantum scales.

Developed by researchers from Tufts University, the University of Vermont, and the Wyss Institute at Harvard, these impressive miniature biological machines (or should one refer to them as creatures?), which can repair or heal themselves when damaged, have potentially multiple beneficial uses.

These include the cleaning up of the microplastics polluting our oceans and other toxic materials, as well as vectors to deliver drugs inside our bodies, to perform surgical procedures and other medical applications. Unlike conventional robots and machine which can pollute the environment for a long time after their useful lifetimes have expired, xenobots have the added bonus that they are entirely biodegradable, breaking down harmlessly after they “die”.

In addition, such “biological machines” are, in principle, more versatile and robust than their inanimate counterparts. “If living systems could be continuously and rapidly designed ab initio and deployed to serve novel functions, their innate ability to resist entropy might enable them to far surpass the useful lifetimes of our strongest yet static technologies,” the researchers posit.

Nevertheless, while I would not quite class myself as xenobotphobic, I find the possible fallout of biobots and their future negative potential uses rather unsettling and troubling, despite the exciting possibilities they present.

Neither the researchers in their scientific paper outlining the results nor the news coverage of the xenobots appear to have considered the damaging and destructive potential of this technology. However, this does exist and it must be carefully considered in order to avoid the dangerous pitfalls which lie ahead.

The wrong hands could transform biobots from healing machines to bio-weapons. Instead of delivering healing drugs to the body, they could be used to maim or kill. They could be utilised to act as the ideal hitmen, committing the perfect murder.

Given the pace of technological progress, the day cannot be too far off when biobots will be developed that can deliver deadly toxins or viruses deep into the body, attack vulnerabilities in an individual with custom-made DNA, simulate a terminal disease or even carry out deadly microsurgery before a self-destruct mechanism causes them to dissolve into the bloodstream, rendering these invisible assassins untraceable. They could also be designed and utilised to attack entire populations, either as acts of biowarfare or bioterrorism.

Even if we manage to control the potential for intentional mischief and misuse, there is also the potential for accidental damage. For example, the researchers point to the future possibility of equipping biobots with reproductive systems to ensure they can be (re)produced to scale. However, how can we be certain that they will stick to the script of their programming and produce only the requisite numbers of offspring which will live the required lifespan?

Do we understand evolution enough to be certain that these novel lifeforms we will create will not break free of the constraints we have designed for them and mutate in unexpected, and potentially risky, ways?

Beyond the practical applications and misapplications, there are the far-reaching ethical dimensions, not to mention the socio-economic and cultural implications for humanity.

By (further) blurring the lines between the inanimate and animate, how will we define life in the future? Will everything made out of organic tissue, no matter how simple and synthetic, continue to be regarded as life forms, or will we need new categories?

How about the relative value of life/machines? Is a simple xenobot superior to a highly sophisticated synthetic robot, such as Asimo and other skilled robots, because one is “alive” and the other is presumably not?

The word “robot” is derived from the Czech for “forced labour” or “serfdom”. However, if intelligence, sentience and knowledge are the hallmarks of humanity, can we continue to keep robots in servitude or will we need to start granting intelligent machines equal rights , as “artificial intelligence” continues to catch up with and even surpass its human form?

One of the most controversial tech issues of the moment is data privacy rights. But could we reach a point in the future where data itself will need and have rights? For example, if robots and computers are one day considered to have become truly intelligent and sentient, then their data systems will presumably require protection from malicious erasure, which would be tantamount to murder, or involuntary modification, which would violate their freedom of choice.

Then there are the existential questions this technological progress raises. Although technology has long made the labour of untold millions of professions obsolete, it has generally acted as a booster and aid for a humanity in control of innovation. However, we are rapidly reaching the stage where our technological creations not only dwarf our physical abilities but also our mental capabilities and, soon, intellectual capacities.

When we finally build or evolve machines that are not only clearly more intelligent than we are but also possess a clear sense of self and autonomy, will we be able to continue to control them and, if we do, will this be an unjust form of subjugation or even slavery?

In order to escape the possible inevitability of our own obsolescence and the physical limitations of our bodies, we may decide to merge with our technological creations. We may upgrade or modify our bodies in part or in full, as well as upload or update our mental operating systems. Who knows, some may even decide to escape the physical constraints imposed by our mortal, vulnerable bodies, and download their mind and “spirit” into a simulated virtual (after)world, transforming themselves into pure, metaphysical code.

Future radical modifications to our physical or mental states, especially if they are divergent across the species, will raise the greatest, most fundamental question of all: what does it mean to be human?

This article was first published by Al Jazeera on 7 February 2020.