Islamism is the illusion

Islamism is not the solution but is built on an illusion. Islam’s past strength was actually a secular one based on free thought. 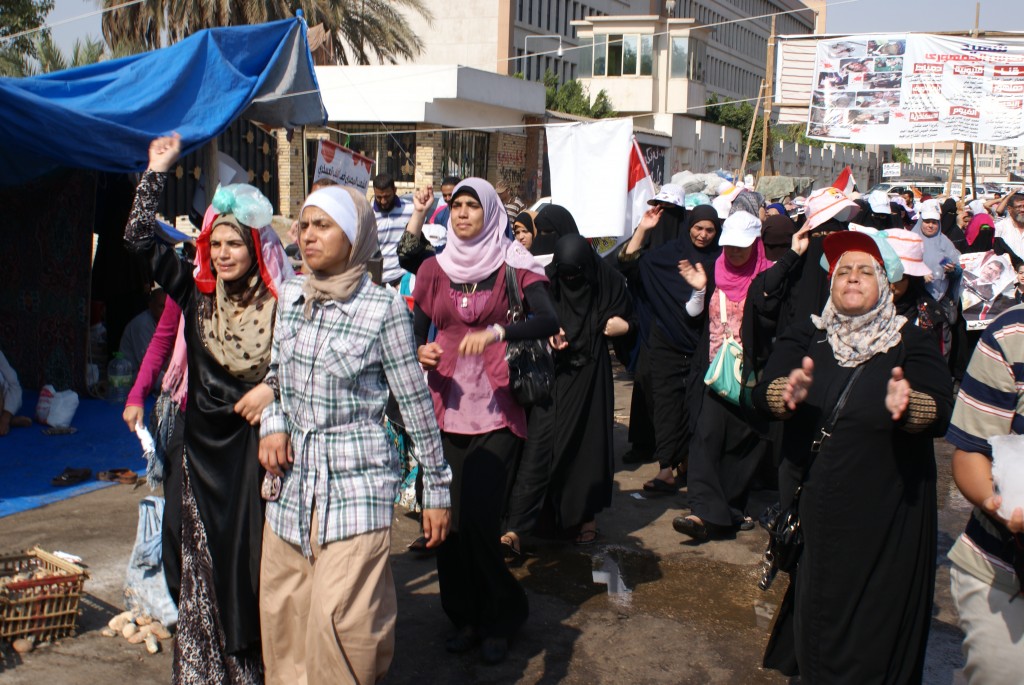 “The people want to apply God’s law,” one group of male protesters chanted.

“Islamic, Islamic, Egypt rejects secularism,” a group of women sang in rhyming Arabic prose, their tone that of a wedding party.

As if that wasn’t enough, all over the Raba’a al-Adawiya encampment, what seems to be a current hit on the Islamist charts was urging everyone within earshot of a loudspeaker to “Tell the world that Egypt is Islamic.”

But that is not exactly the message that has been reaching the international community from the pro-Morsi camp. Although only a single letter separates the two in Arabic, there is a world of difference between the democratic legitimacy (Shari’ya) the Muslim Brotherhood asks of the world and the Shari’a protesters were loudly demanding.

“I want to defend my religion and my country’s Islamic identity,” Mohamed Eissa, 20, told me, adding that he wanted Egypt to implement Shari’a. And what about democracy, I wondered? “If we apply Shari’a, we will have the best democracy in the world,” he claimed.

I doubt many non-Islamists when they think of Morsi’s “democratic legitimacy” would ever associate that with implementing Shari’a, as countries which have done so sit near the bottom of the league in terms of freedoms and rights. 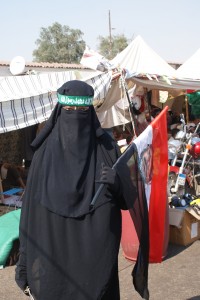 As I stood there in Raba’a, a scarce secular soul, I pondered a question I have asked myself repeatedly: what exactly is the point of the Islamist project in a Muslim society?

After all, Egypt already implements Shari’a in its personal and family law, with all the gender and other inequalities that involves. In addition, there is absolutely nothing to stop a devout Muslim from practising every facet of his or her faith.

In contrast, Egypt has no civilian family courts for those who wish to run their personal affairs according to modern, secular standards. Moreover, though freedom of expression is a constitutional right, this freedom has been severely curtailed in recent years by the obscure, vague and innovative legal concept of “insulting religion”.

But does centuries-old Islam, the world’s second largest religion, really need self-appointed defenders to shield it from “insult”, when the Qur’an itself welcomes doubt, questioning and even ridicule?

And why do these self-appointed defenders of the faith contradict the example of the prophet they claim to emulate? For instance, Muhammad pardoned one of his scribes, Abdullah Ibn Saad, even after he claimed that the Qur’an was invented and Muhammad was a false prophet.

These examples highlight how Islamism, rather than providing the solution, as it claims, is actually built on an illusion.

Islamist discourse, on the whole, holds that the reason for the Muslim world’s decline is its deviation from Islamic law and values. That explains why Hassan al-Banna, despite his attempts to inject some elements of modernity into traditional Islamic thought, fixated on questions of morality and Shari’a. One of his ideological descendants, Sayyid Qutb, went so far as to invent the dangerous idea that Muslims were living a period of modern “Jahiliyyah” (pre-Islamic ignorance).

But by misdiagnosing the malaise afflicting society, Islamists have prescribed totally the wrong medicine, with severe and debilitating side effects.

Any objective, dispassionate reading of Islamic history reveals that Islam’s former glory was actually built on a largely secular foundation. In addition, the start of its decline coincided with the victory of rigid dogma and orthodoxy – represented by the likes of the “father of Salafism” Ibn Taymiyyah in the 14th century – over reason and intellect.

Muhammad himself never established anything resembling what we would call an “Islamic state” today. His secular-sounding Constitution of Medina actually defines Jews, Christians and pagans – i.e. every member of Medina’s society – as being full and equal members of the Ummah.

During what is widely regarded as Islam’s “golden age”, the political and social mechanisms governing the lives of Muslims were generally secular. Though the Umayyad and Abbasid caliphs derived their claim to legitimacy from Islam, they were essentially secular rulers, presiding over secular governments. They were autocratic, not theocratic.

In fact, their honorific title “commanders of the faithful”suggests that caliphs derived their authority from their Muslim (and other) subjects and not from Islam itself. Moreover, most enlightened caliphs were derided by conservatives and traditionalists as immoral and decadent.

Take Harun al-Rashid, the fifth Abbasid caliph and stuff of legends. Under his rule, the sciences, culture and the arts flourished, despite clergy’s disapproval of the company he and his libertine son, al-Amin kept, including the outrageous and camp court poet, Abu Nuwas, considered the greatest poet of his time.

Freethinking philosophy also flourished during this era, both under the Abbasids and the Umayyads. The Muʿtazilah, for example, held that rationality, expressed through reasoned debate known as “kalam”, are the “final arbiter” that trumps “sacred precedent”.

In such a climate, it is unsurprising that non-belief was accepted and atheistic scholars, such as Ibn al-Rawandi were published, only to have their works destroyed by later, less tolerant generations.

The reasons for Islam’s subsequent relative decline are manifold: the loss of dominance over global trade, the Mongol invasions, intellectual stagnation, infighting and factionalism, colonialism, and more.

However, deviation from some imagined “pure” moral state is not one of the factors, and belief in this illusory mirage will delay effective reform. In the 21st century, the best system that encompasses the spirit of past Muslim success is enlightened secularism. That might explain why the renowned 19th-century reformer Muhammad Abduh once said that in France he saw “Islam without Muslims”.

Note: This article was written before the violent dispersal of the pro-Morsi encampments occurred.

This is the extended version of an article which first appeared in The National on 15 August 2013.