The Mogamma, that high temple of Egyptian bureaucracy, will be shut down. Welcome as it is, this will not solve the underlying problem of “el-routine”. 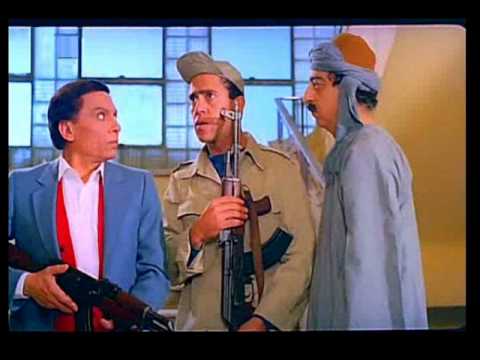 Like the pyramids of Giza, it is a colossal structure known to Egyptians and foreigners alike. Unlike the pyramids, it is the object of almost universal contempt and frustration.

Yes, of course, I am talking about the Mogamma on Tahrir Square, the high temple of the Egyptian bureaucracy, as anyone familiar with Egypt will have realised. Egypt’s “most hated” building, as one news site put it, is slated for closure in 2017, which is bound to result in millions of collective sighs of relief.

And the dimensions of this monolith are truly imposing. The 14-storey complex houses some 30,000 government employees in 1,350 rooms, while some 100,000 citizens navigate its labyrinthine maze of corridors in an oft-futile quest for the magical sequence of stamps required to legitimise their paperwork.

Despite popular belief, the building was not a socialist edifice built by Gamal Abdel-Nasser but was constructed during the era of King Farouq as a symbol of Egypt’s march towards the mid-20th century as Britain vacated its barracks there. Today, that seems like a pipe dream.

Kafkaesque does not even begin to capture the dust-laden, claustrophobic, yet boisterous and loud, alienation felt when one enters this bureaucratic maze. It can only be described as “mogammaesque”: one measure Kafka, one part Orwell, with a liberal dose of Magritte’s surrealism and a dash of native wit. The Mogamma is real-life black comedy coloured by the irrepressible light-heartedness of Egypt.

The indifferent, contemptuous gaze of the typical Mogamma civil-servant-cum-master causes the average visitor to metamorphose from a proud human into a shrinking, trembling, deferential insect. Ingratiating terms of respect – like “pasha”, even though Egypt abolished the gentry decades ago – are tossed around liberally to curry favour, in a variation of the old Egyptian adage: “If the dog has something you need, call him ‘master’.”

Although bureaucracy is a global problem hobbling hundreds of millions of people around the world, the Egyptian version is especially convoluted, snail-paced, impenetrable and arbitrary, making it a haven for corruption and ineptitude.

Despite the dominant and oft-traumatic role bureaucracy plays in Egyptian life, there is surprisingly no widely circulated local word for it, with Egyptians appropriating the English word “routine” to describe it.

However, there is an abundance of words used to describe ways to circumvent it, including “wasta” (“connections”), “mahsoubiya” (“favouritism” ) and “kousa” (“courgette”) to describe string pulling, or “halawa” (“halva”), “shai” (“tea”) or even bakshish (“tip” ) to describe bribery.

Given the outsized and tyrannical role played by bureaucracy in the lives of Egyptians and Egypt’s love of comedy, it is unsurprising that “al-routine” is a staple fare of street humour and popular satire. One Egyptian newspaper used to carry a memorable rogues’ parade of characters working in the civil service who frequented the “Civil Servant’s Teahouse”.

It also features in black comedy, such as in a film which explores the desperate attempts of a poor fisherman, who lives off the state’s radar on his Nile boat, to register his son’s birth retroactively so he can start school.

The Mogamma itself is the star of a 1990s hit film, el-Irhab wal-Kabab (Terrorism and Kebab) in which a hard-pressed man who works at Cairo’s sewage treatment plant visits the high temple of bureaucracy in a bid to transfer his son to another school.

The man in charge of transfers is never there and his colleagues are too busy talking on the telephone, preparing vegetables for dinner or constantly praying. When security try to eject him for attacking the bearded civil servant, he manages to grab one of their rifles and triggers a panic that a terrorist attack is in motion.

When asked by the interior minister what his demands are, the hostage-taker and the hostages cannot decide and so decide to order kebabs. When they finally demand the resignation of the entire government, the minister is so incensed he orders the raiding of the building.

Two decades later, real citizens took over Tahrir Square and demanded more than the resignation of the government: the downfall of the entire regime. Although they managed to decapitate it, the body survived and grew a new head.

In 2011, protesters managed to shut down temporarily the despised Mogamaa and, instead of seeking stamps and signatures, revolutionary artists signed and tagged it. The diverse  graffiti included one expressive image of a young activist chiselling away at a pyramid-shaped rendition of the word “corruption”.

And herein lies the crux. The Mogamaa in itself is not the main problem; it is simply a symptom. Closing it down  may remove some of the congestion from downtown Cairo and free up prime real estate, but rebuilding it elsewhere, as has previously been suggested, will not only be a colossal undertaking but will, without reform, result in the same colossal problems downstream.

And with Egypt’s new parliament investigating the state’s chief auditor for “defamation” over his claims of endemic corruption, deep reform, never a serious prospect, now seems an ever-more distant hope.

What Egypt needs is to rationalise its bureaucracy, in both senses of the word, decentralise its highly centralised state architecture, pay civil servants a decent living wage and, above all, weed out the rampant corruption choking citizens. This may result in less comedy but it will put a smile on every Egyptian’s face.

This article first appeared on Al Jazeera on 18 January 2016.