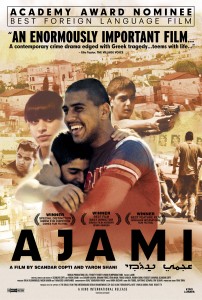 After evading injustice for decades, Salman Rushdie appears to have been stabbed in the neck. That sounds very troubling. Here's to hoping he makes a full recovery. In this world of reactionary violence, we need more free thinkers. twitter.com/AP/status/1558…

Since the infamous Aytollah Khomeini fatwa in 1989, Salman Rushdie's life has been under threat. Today, somebody attacked him as he was about to give a lecture. Hope his injuries are not too serious and he makes a speedy recovery. Strength to Salman. Free thought is not a crime twitter.com/AP/status/1558…

Upon returning to Belgium, we discovered the weather is hotter here than where we were in Mexico. It also rained almost every day in Mexico, whereas Belgium has been bone dry.

The remarkable thing about ancient Mayan city states is that each seem to have had their own distinct style and character. The architecture of Palenque gave off a vibe that was somewhere between Greek and Chinese. instagram.com/p/ChFTs3cLF7Y/…

The reptiles of Edzna are very friendly. This little chameleon came and plonked itself next to my son. Remarkably, some stucco masks survived centuries in the jungle at this site. instagram.com/p/ChBPnKbr5DM/…

We don't know if the correct tool was found or how quickly/slowly the old couple were able to resume their journey because our bus arrived before this drama ended. What we do know is that they were not alone.

Mexicans are helpful. On a back road in the middle of nowhere special, an old couple had a flat. Unable to loosen the nuts on tge wheel, the old man sought help. Several cars and even a motorbike stopped and a full-scale public consultation was in motion - though not yet the car

From a statue that looks like an ancient rapper with his hands up in the air like he just don't care to another resembling a pre-modern polo mint, the Maya museum in Merida has some amazing pieces of art. instagram.com/p/CgvfWhYMJaa/…

Last month, Hakim was thrown off a bridge in Ghent, Belgium, by two Dutch men. As Hakim couldn't swim, he drowned. @rulajebreal twitter.com/DiabolicalIdea…

This is Alika Ogorchukwu, a Nigerian street seller in Italy. He was murdered by this thug for simply asking the man's girlfriend to buy some handkerchiefs from him. Shockingly, not a single person intervened. Racism mixed with apathy kill. theguardian.com/world/2022/ju… twitter.com/rulajebreal/st…